Compare holidays to Florida to save UP TO 70% and spend your next holiday surrounded by powdery sand beaches and palm trees!

ABOUT HOLIDAYS TO FLORIDA

Think Florida, and think coastlines lined with powdery sand beaches, palm trees and an electric heart dominated by the theme parks of Orlando. But that’s just the start of it.

Holidays to Florida are more than just sun, sea, sand and pulsating rides. From the high-energy city of Miami to the natural wonders of the Everglades and the mangroves, sandbars and coral reefs of the Keys, the Sunshine State is an absolute dream of a destination.

English is the official language of Florida.

USA’s national currency is the US Dollar (USD).

The average flight time to Florida from the UK is 9 hrs. 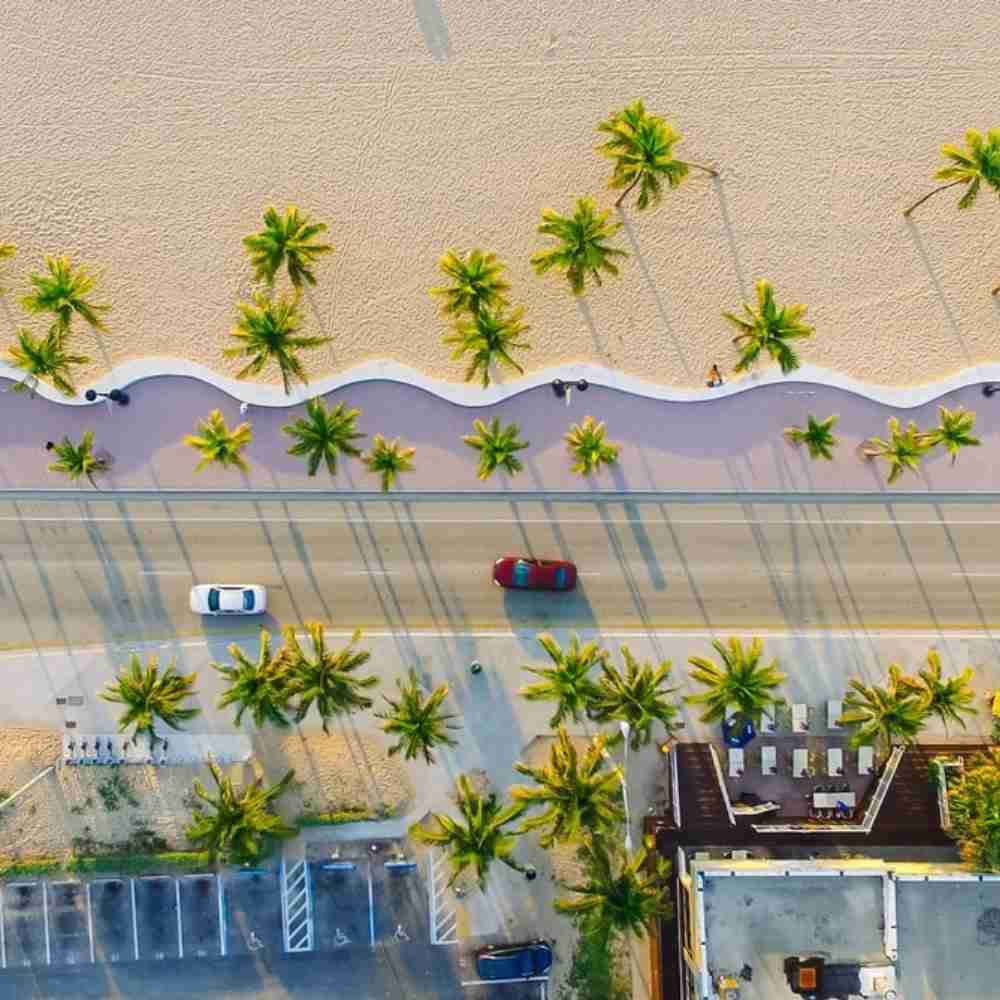 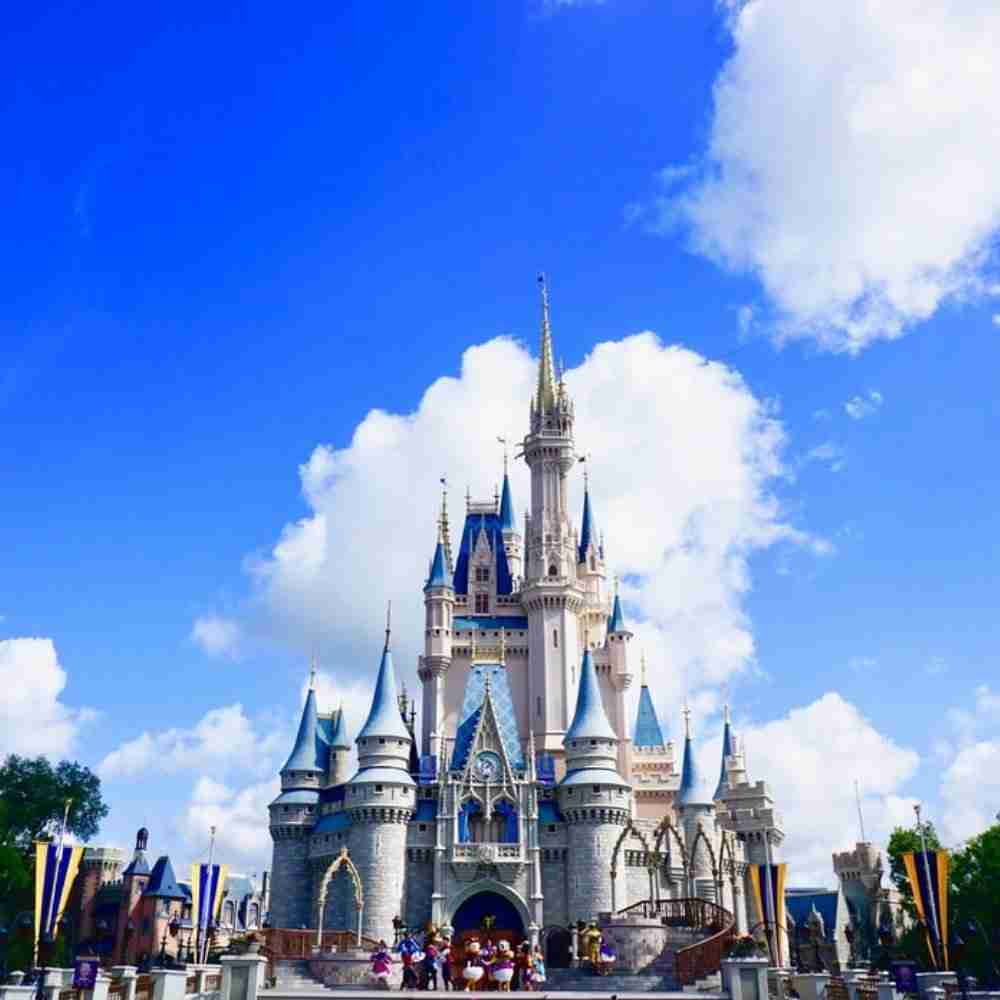 Thrills and spills are the name of the game in Orlando, where stomach-flipping rides and ‘splash-tastic’ slides bring to life the most popular entertainment franchises in the world. Alongside big-hitters including Walt Disney World, Universal Orlando and Legoland Florida, parents can also sneak in some science at the fascinating Kennedy Space Center, which is less than an hour’s drive away.

Theme parks not your thing? Beyond the movie sets and water slides of Orlando, this sultry southern state is a natural playground crisscrossed by huge swathes of untamed wilderness.

The steamy swamps and tangled mangroves of the Everglades National Park cover a whopping 1.5 million acres of Florida’s mainland, while the Keys boast the only living coral barrier reef in the United States. Both coastlines are peppered with white-sand beaches, with the Gulf providing calmer seas than the lively Atlantic.

Don’t disregard holidays to Florida when it comes to culture, either. Miami is a powerhouse of art and architecture, with a current of Latino culture flowing in from Cuba. But this party hotspot is just the start. From St Augustine in the north, with its colonial history, to the artsy, non-conformist spirit of Key West in the south, Florida can charm with brains as well as beauty.

The best time to go on holiday to Florida

Florida isn’t called the Sunshine State for nothing. You’re pretty much guaranteed sunshine year-round, but expect occasional flash showers across the humid summer months. Peak season stretches from December to April, when domestic US tourists – so-called ‘snowbirds’ – migrate from the chilly northern states.

If you’re on the hunt for a cheap holiday to Florida, try travelling in spring and autumn, when there are refreshingly few tourists and the heat is mellower. Hotel prices dip, giving you the chance to snap up a budget package deal.

Orlando’s theme parks become jam-packed as soon as the schools are out, so parents will need to book early to keep costs down. If you aren’t constrained by school holidays, you can unearth some great bargains between January and Easter, when the weather is mild and most children are in class.

Things to do in Florida

Even the sky isn’t the limit when it comes to Florida’s tourist attractions – you can ride heart-thumping rollercoasters and experience what it feels like to launch into the stratosphere on a space shuttle. The biggest conundrum? Choosing what to do before you run out of time, or steam.

Magical on a monumental scale, Orlando’s theme parks bowl over little and big kids alike. You can spend some serious time among them and still not experience it all, particularly at Walt Disney World and Universal (the big two), which both comprise multiple theme and waterparks.

Ride the rollercoasters, splash down the slides, and find fictional characters and worlds brought thrillingly to life, from Harry Potter and Star Wars to Despicable Me and Toy Story.

Alligators, bottlenose dolphins, spoonbills and manatees can all be spotted in this vast subtropical wilderness of mangroves, marshes and woodlands, nicknamed the ‘River of Grass’ by its Native American communities.

There are numerous visitor centres dotted around this 1.5 million acre preserve, where you can zip across the swampy surface in an airboat, kayak through twisted mangroves, hike along overgrown trails, and feel thousands of miles away from the bustle of Miami’s nightlife or Orlando’s theme parks.

Find out what it’s like to blast-off into space, touch a moon rock and meet real astronauts at the Kennedy Space Center. This staggering slice of space exploration history on Florida’s Atlantic coast takes you on a journey from NASA’s birth through to its future missions, via plenty of interactive exhibits.

You can walk among the giant rockets from the Mercury, Gemini and Apollo programmes, have a go on astronaut training simulators and get a sense of what landing back on earth feels like on the Re-entry Slide.

For a peek into Florida’s bygone days, take a trip to St Augustine, a city that claims to be the oldest in the United States. Amble along cobblestone streets, sip coffee in charming cafes and discover Florida’s swashbuckling history at the 17th-century fort on the waterfront, Castillo de San Marcos.

It’s next to the Colonial Quarter, a living history experience where you can see blacksmithing and demonstrations of historic firearms. There are many small-scale historic sites, including a Maritime Museum at the lighthouse. Beware, it’s reputedly haunted.

In many ways, Miami is a theme park for adults, with world-class shopping malls, beaches strewn with beautiful people, a cutting-edge cultural scene and a cuisine fragrant with Latin, Caribbean and soul food influences.

Don’t miss the city’s Art Deco architecture along Ocean Drive, the alfresco street art gallery Wynwood Walls or the Cuban culture of Little Havana. You’ll find something eye-opening around every corner – the nightlife is jumping, the climate is sizzling and the vibe is unreservedly hip.