Holidays to Bali are all about palm-fringed beaches, lush green mountains and rich spiritual traditions.

ABOUT HOLIDAYS TO BALI

It’s easy to see why they call Bali the ‘Island of Gods’– it’s as close to paradise as holidays come.

If you’re looking for a dose of that faraway feeling, you’ve come to the right place. Holidays to Bali are where waves crash against rocky cliffs topped with ancient temples, surfers weave among the breakers on the horizon, monkeys chatter in the treetops and seafood sizzles on beachfront grills – Compare deals today and save UP TO 70%!

Balinese is the official language of Bali.

The average flight time to Bali is 15 hrs and 30 mins. 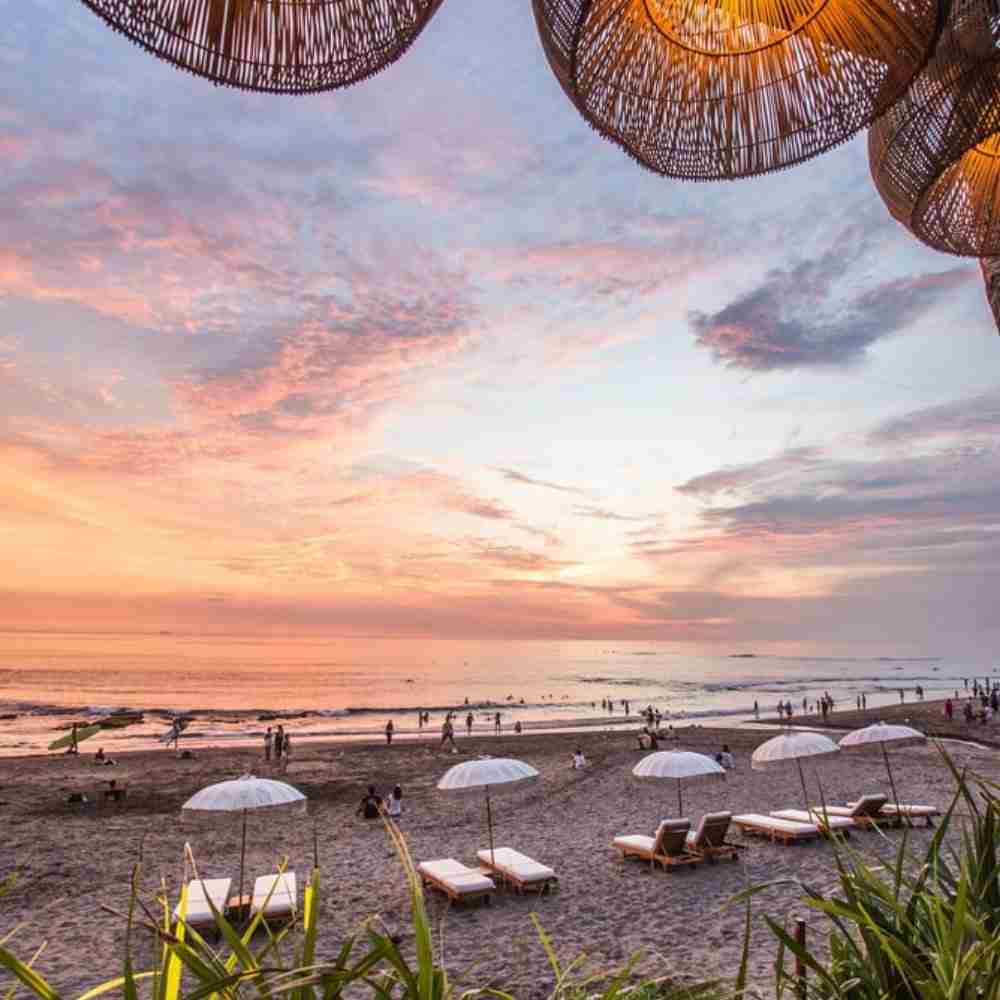 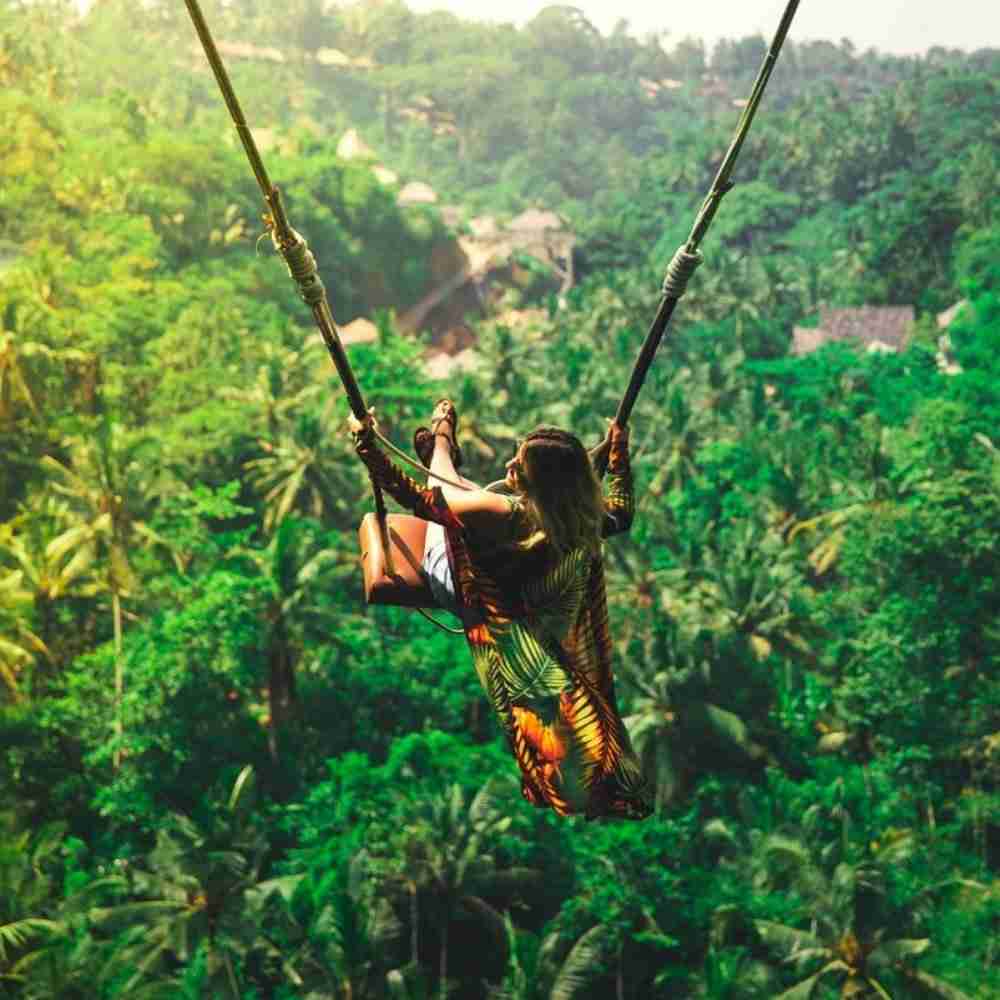 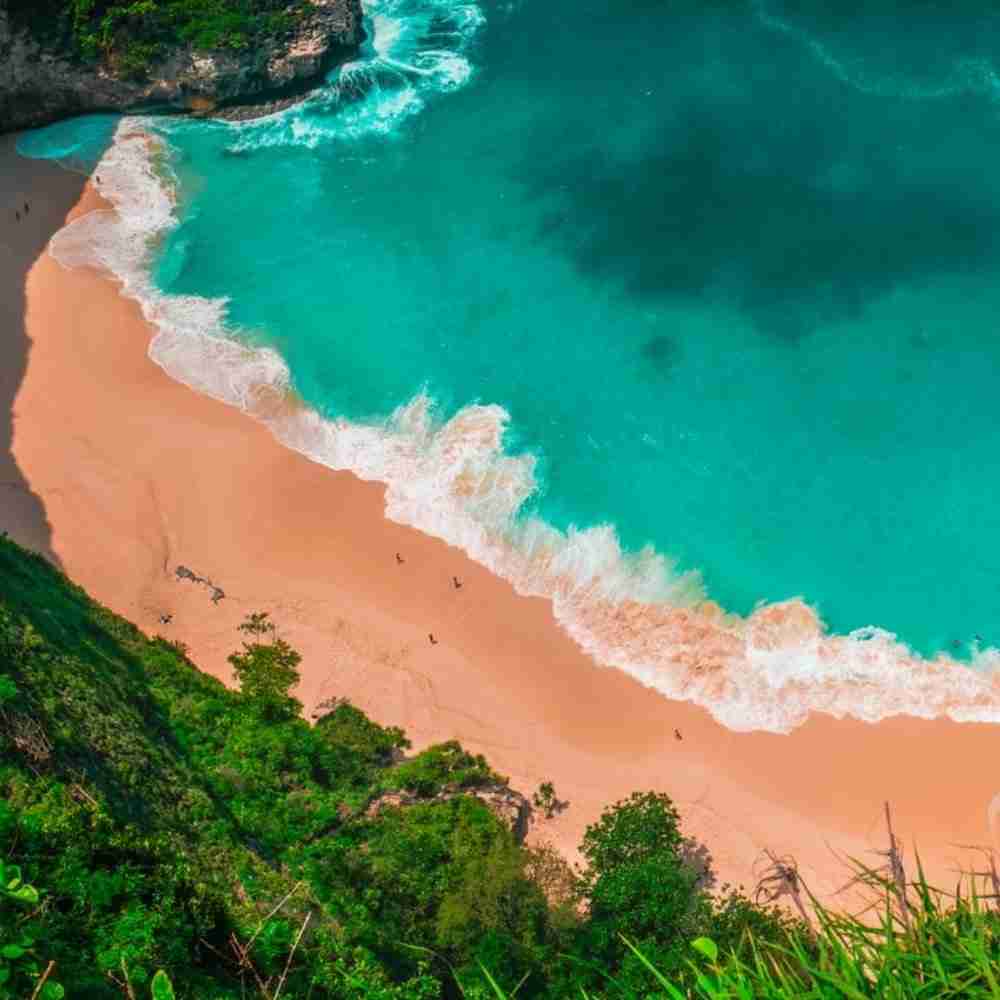 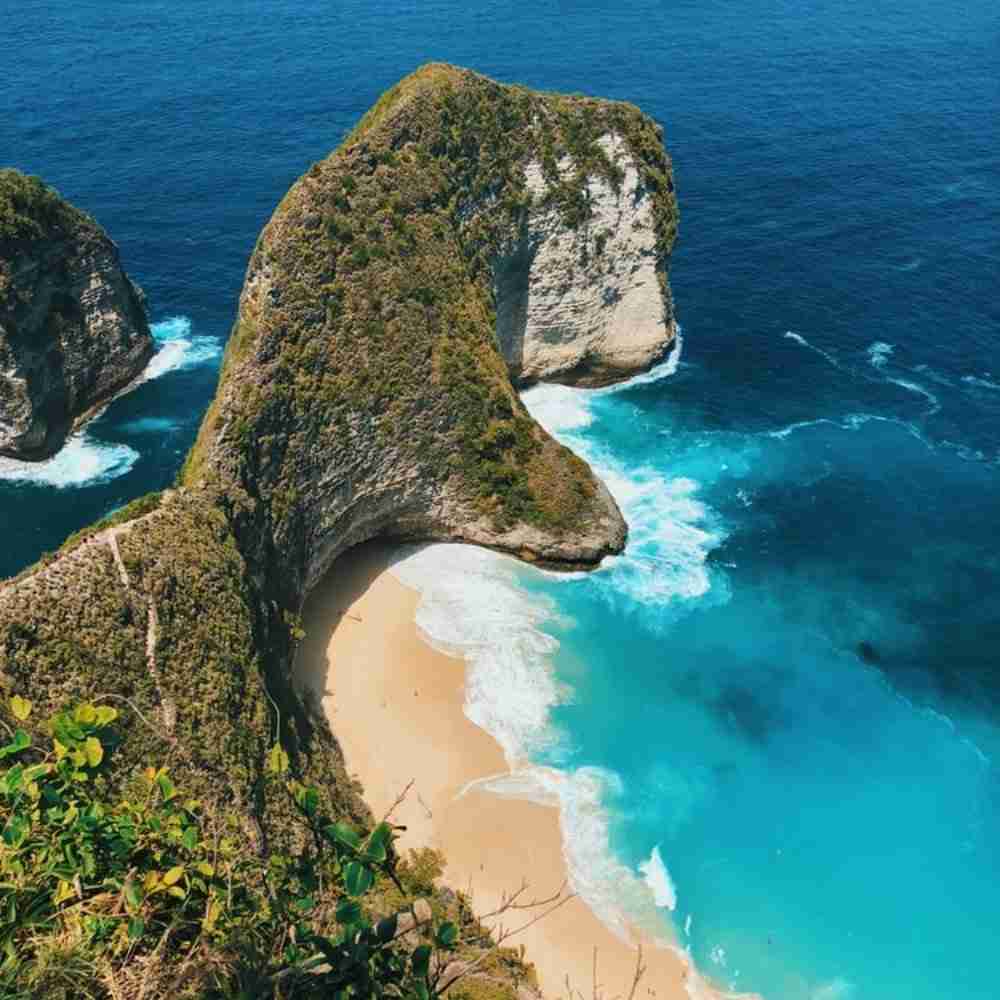 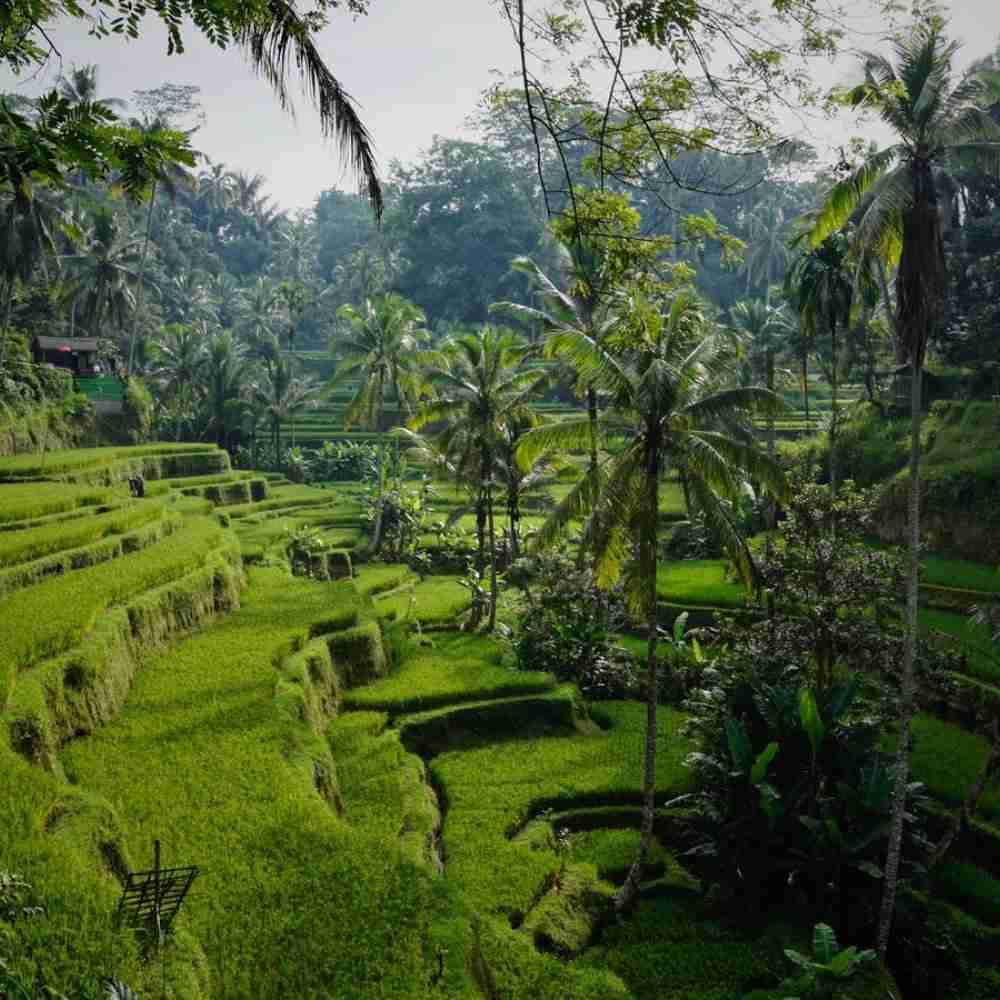 Holidays to Bali are a water-lovers version of paradise. Offshore, snorkel around tiny outlying islands, spot dolphins in the spray, or simply bob in the clear blue ocean. It’s tropical on a turbo scale. Elsewhere, mist-swirled volcanoes and bright green rice paddies dominate Bali’s centre, while the north, west and east of the island are quieter and less developed.

Popular east coast hangouts include Pasir Putih for its white-sand beach and Sidemen for its alluring rice fields. In north Bali, head to Pemuteran for incredible diving and snorkelling at nearby Pulau Menjangan.

Mind-blowing scenery aside, Bali is populated by some of the friendliest people on the planet – wherever you go on your trip to Bali, you’ll be greeted by smiles. With outlooks sunnier than the local weather forecast, the Balinese people are bound to make you beam. Bali is a place of heart-warming hospitality that will keep you coming back for more.

While there are over 17,500 islands in the Indonesian archipelago, Bali stands out for its gentle Hindu culture. Amble among crumbling temples, get an earful of tinkly gamelan music and chomp on traditional chicken rice.

The best time to go to Bali

Being so close to the equator means Bali is reliably hot all year round with two distinctive seasons – wet and dry. The wet season lasts from November to April – December, January and February are the rainiest months – and brings high humidity. The dry season runs from May to October.

Peak season for holidays to Bali is July, August and December until the first week of January, when rates and crowds soar. Prices also rise during Chinese New Year and Easter. Low season is mid-January to April, October and November. Look forward to less crowds and discounted rates at resorts, while still being able to do most activities (bar volcano treks).

The best time to visit Bali is during the shoulder months of May, June and September. These dry-season months offers a more relaxed and cheaper holiday. The weather is slightly less humid and ideal for surfing, scuba diving, snorkelling and hiking.

Things to do in Bali

There are all kinds of activities on offer, from scaling smoking volcanoes and cycling between rice terraces to riding world-class waves and basking on idyllic beaches. Read on for just a few ideas of what to do in Bali.

Teetering atop an isolated hunk of rock just off Bali’s south-west coast, Pura Tanah Lot is the most dramatic of the island’s many temples.

Separated from the mainland by a rocky causeway that can only be crossed at low tide, it is a popular attraction. But it’s worth joining the mob to see the temple in its full twilight glory, complete with sinking sun, crashing waves and candyfloss clouds.

Eat, Pray, Love may have put Ubud on the mass tourism map, but the atmosphere remains resolutely Balinese. As the spiritual soul of Bali, there’s nowhere better if you’re after cultural activities in Bali.

Hike the hillsides, explore royal palaces and discover hidden temples. And don’t forget to swing by the Ubud Monkey Forest, where troops of macaques romp in the treetops (and terrorise travellers!).

Grab your head torch, dust off your hiking boots and get ready to scale an active volcano. For intrepid activities in Bali, it’s a must-do. Leaving in the wee hours of the morning, you can trek through the darkness to the top of Mount Batur, reaching the 1,717 metre-high (5,633 feet) peak just before sunrise.

The stunning view from the top at daybreak is arguably Bali’s best tourist attraction. On a clear morning, you can see all the way over to the neighbouring island of Lombok.

As one of Indonesia’s most recognisable spots, Nusa Penida – an island just off the coast of Bali – is certainly worth the trip. See Kelingking Beach, protected by the famous ‘T-Rex’ cliff, snorkel in the translucent waters of the aptly named Crystal Beach and marvel at the impossibly blue hues of Broken Beach.

With a bit of planning, it’s possible to DIY your day trip to Nusa Penida but for a fuss-free tour, consider a guided excursion from Bali. Tours to the island’s west generally cover the biggest attractions but for quieter trip, try the east route.

Clinging to a wave-battered cliff on the south-western tip of the island, Uluwatu is one of Bali’s most iconic temples. Its dramatic position makes it breathtaking at any time of day, but when set against a fiery sunset, it becomes gold for avid photographers.

By day, the waves below are packed with surfers, while at night, traditional Kecak dance performances take place in the grounds of the temple itself.