LOOKING FOR A QUICK EUROPEAN CITY GETAWAY? COMPARE PRICES FOR CITY BREAKS TO VENICE AND SAVE UP TO 70%!

ABOUT CITY BREAKS TO VENICE

City breaks to Venice are guaranteed to be full of show-stopping sights. It’s a magical city on water, is like no other place in the world.

From the glittering mosaics of Saint Mark’s Basilica and the masterpieces in Gallerie dell’Accademia, to the picture-perfect arch of the Rialto Bridge.

Compare deals today and save UP TO 70%!

The official language of  Venice is Italian.

The official currency of Italy is the Euro (EUR).

Average flight time to Venice from the UK is around 2 hours.

Venice is 1-hour ahead of the UK (CEST). 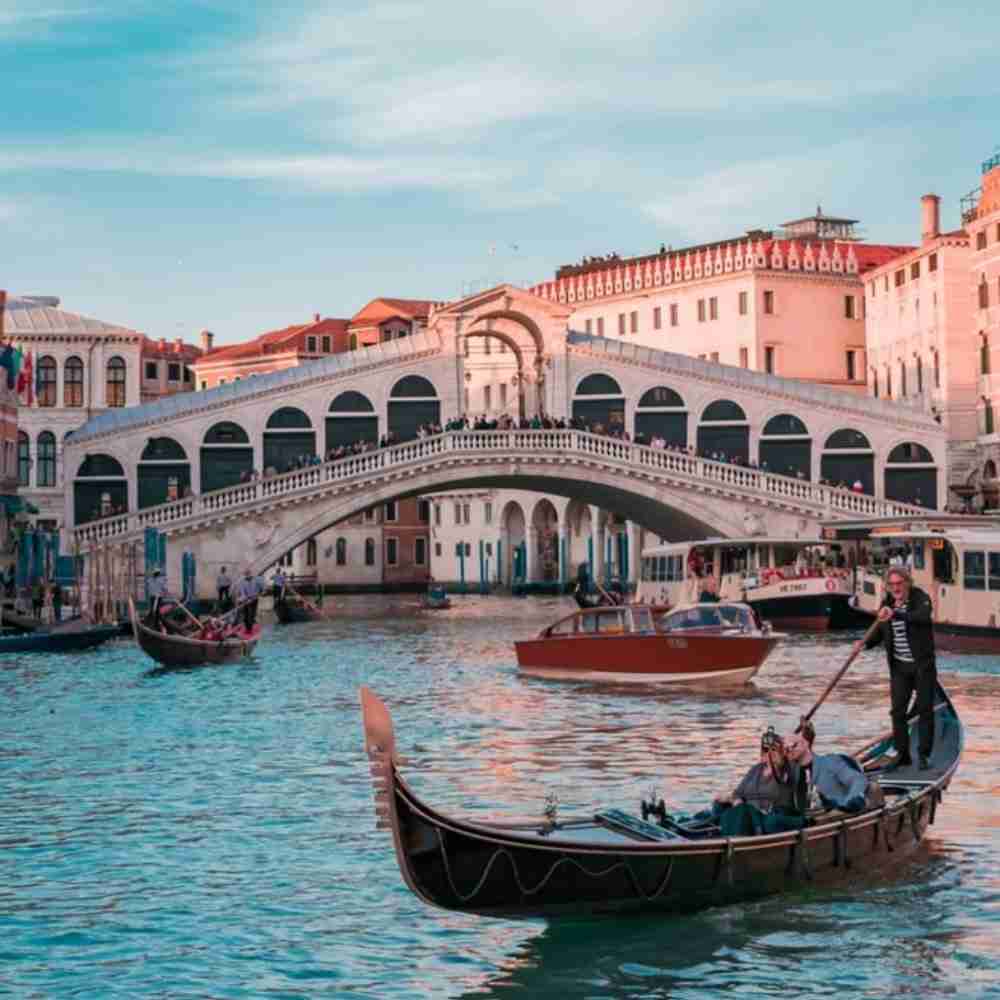 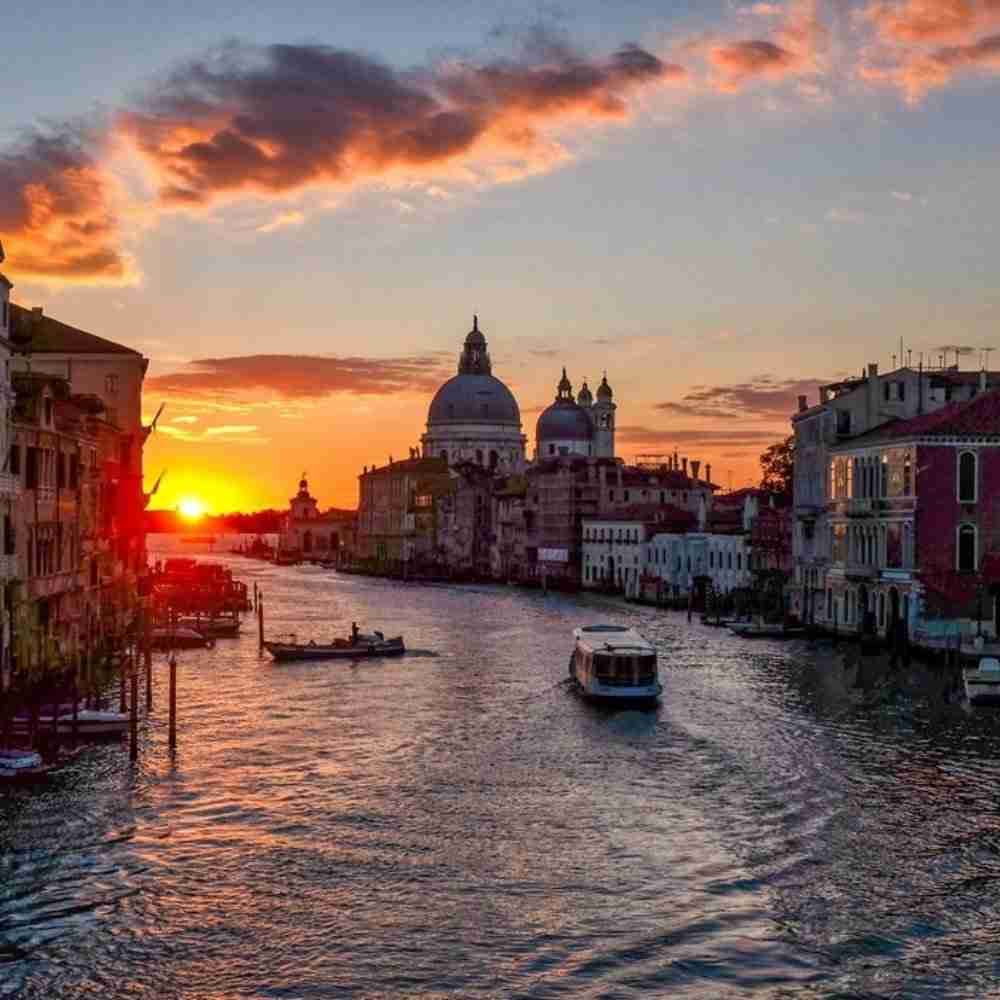 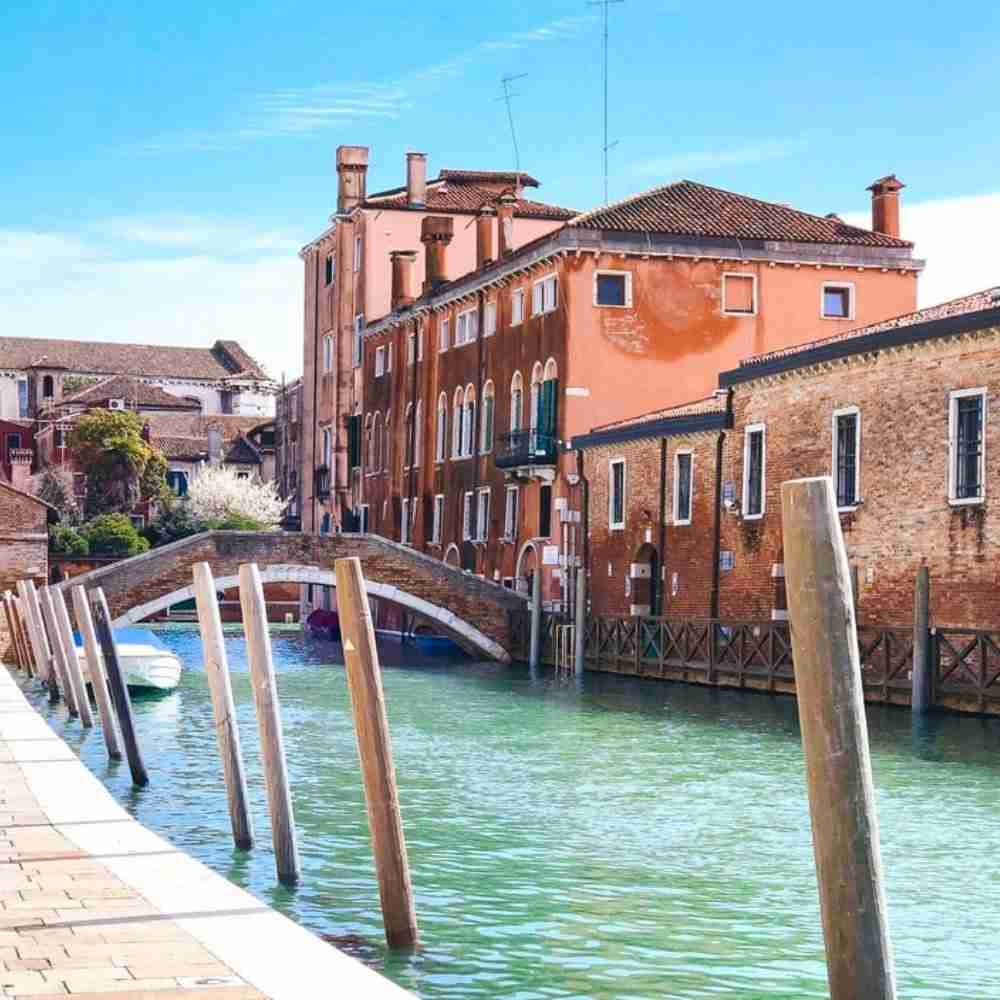 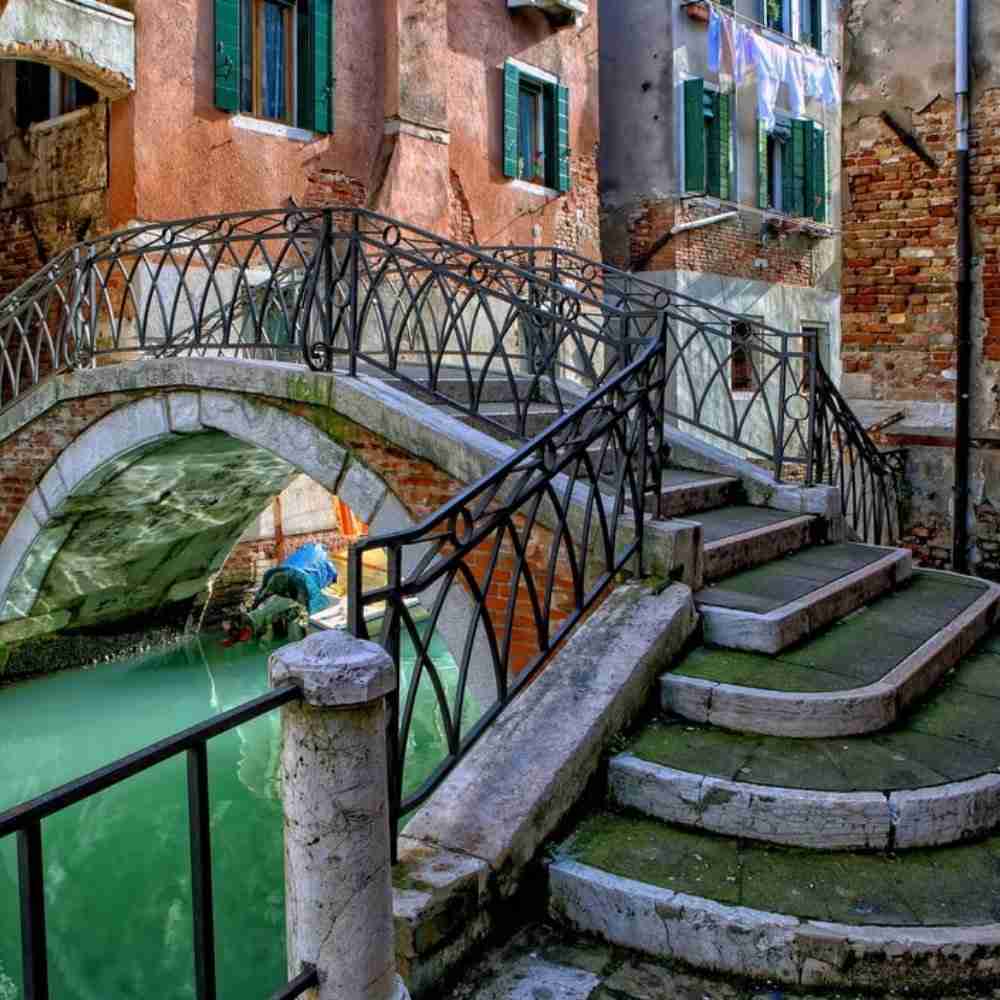 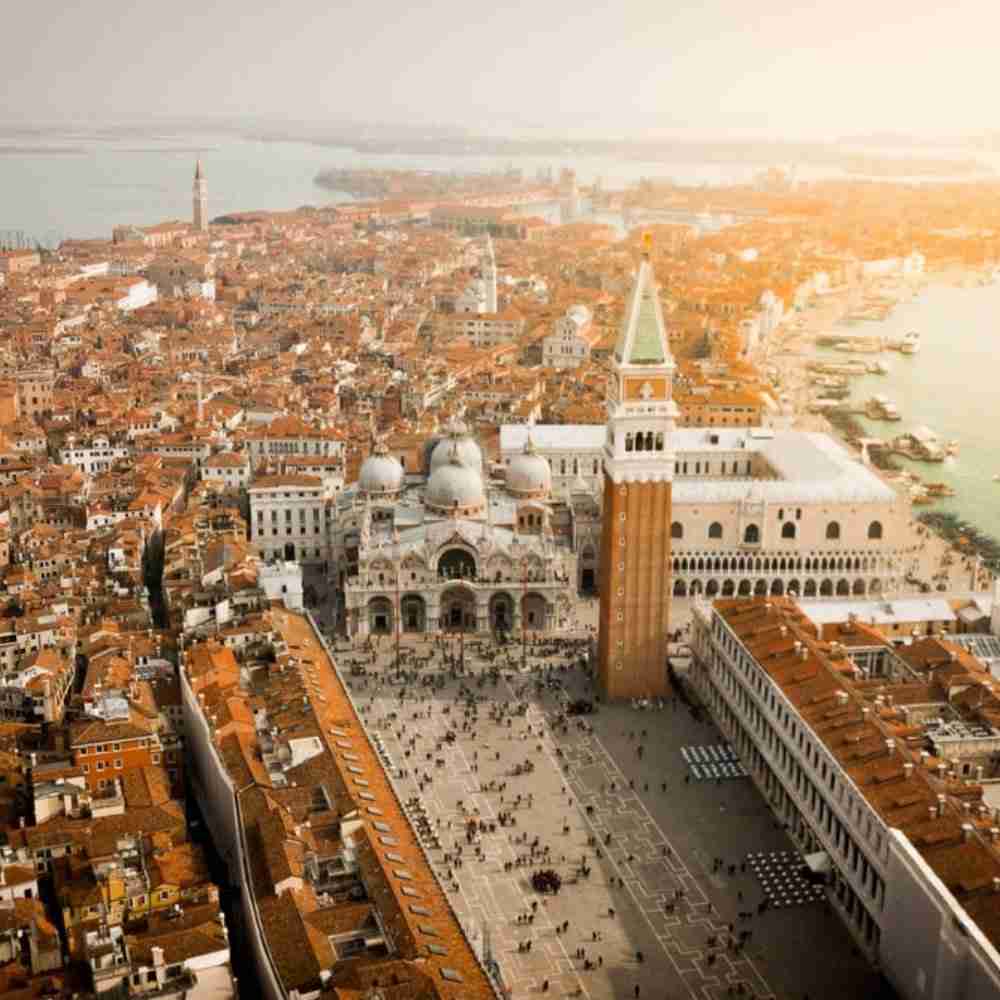 Home to more than 150 canals, over 400 bridges and a whole bunch of beautiful palaces, Venice feels more like a cultural theme park than a real place.

From the gondola-packed Grand Canal to the atmospheric bars of Campo Santa Margherita and the balconies of the La Fenice Opera House, Venice is an open-air museum with not one hair out of place. As city break destinations go, it’s a stunner – so don’t forget your camera.

At certain times of year, visitors outnumber locals by two to one, turning Piazza San Marco into an excitable squish of people taking selfies. Dodge the tour groups and cheap souvenir stalls by ditching the guidebook and getting a glimpse of the real Venice.

Wander down abandoned cobbled backstreets, peek through half-open doorways and generally go in the opposite direction of the flock. In doing so, you’ll find hidden restaurants, cafes and museums that are free from camera-wielding tourists. You might get lost, but you won’t regret it.

While you’re there, take some time to do as the Venetians do and relax over a leisurely glass of wine with cicchetti (the Italian version of tapas). Try bite-size tasters of raw fish, crostini with toppings of cheese and meat, and meatballs. In the evening, relax with a spritz or cocktail.

Even getting around on Venice’s waterways is fun. Depending on your budget, you can choose between vaporetto (waterbus) rides, zipping around by water taxis, or experiencing an iconic gondola. If you’d like to explore further afield, head to one of the islands north of Venice by vaporetto, such as Murano.

The best time to go to Venice

City breaks to Venice are enchanting all year round, but they’re even better when the crowds quieten.

You’re likely to find a peaceful moment in March and April or during September and October, just outside the tourist-swamped summer months.

While not warm (it drops to around 3C in January), November and January are two of the best months to travel, when the city is swirled in mist, the tourist crowds have dissipated and there are cheap Venice city breaks up for grabs.

In February, it’s time for the city’s famous Venice Carnival when glittering masks and pomp are the norm and hotel prices rise. The Venice Art Biennale is held on odd-numbered years from May to November and the Architecture Biennale is on during even-numbered years.

Things to do in Venice

Venice packs a bunch of spectacular sights into a tiny area, so you’ll never be stuck for something to do. After seeing the big-hitters, get off the beaten track by ducking down an alley and discovering the city’s hidden side.

Smack bang in the middle of Piazza San Marco, it’s impossible to miss the Byzantine domes of Saint Mark’s.

Step inside to be dazzled by bright mosaics, swathes of gold leaf and blinding glitter embellishments, all throwing coloured reflections across the floor. It will leave you squinting and speechless. If you’d like to skip the constant queue outside (which is usually around 45 minutes long), book an entry slot through the Basilica’s website.

Stretching 99 metres (325 feet) above the piazza, St Mark’s Bell Tower is the tallest building in Venice. It was first built in the 12th century but the structure you’ll see now was rebuilt in the 16th (and then again in 1902 as the tower collapsed). From the top, the city spreads out below like a toy maze of canals and bridges.

If the queue is too long, head for the viewpoint at the top of the San Giorgio Maggiore church instead.

A vision of pure luxury, the Doge’s Palace (Palazzo Ducale) is one of Venice’s most visited landmarks. This towering Gothic masterpiece was the Doge’s official residence and the seat of Venetian power for almost seven centuries.

Climb its golden staircases and explore the Doge’s Apartments including its map room and the Sala degli Stucchi, which is guarded by 18 roaring lions. Don’t miss Tintoretto’s famous Paradise painting, which adorns the Great Council Hall.

If you start to feel suffocated by holidaymakers, take a tour of the tiny islands to the north of Venice, namely San Michele, Murano, Burano and Torcello.

Murano is famous for its gorgeous blown glass, Burano its lace and Torcello was a hit with Hemingway, who wrote Across the River and into the Trees here. San Michele, meanwhile, is home to a cemetery where you can visit poet Ezra Pound’s grave as well as those belonging to other famous figures.

Venice has been a creative hotbed since the dawn of the Republic, giving rise to some of the most famous artists to grace the globe.

The Gallerie dell’Accademia offers a parade of Venetian masterpieces, from Renaissance classics by Bellini, Veronese, Tintoretto and Titian to the 18th-century works of Canaletto. If you’re an art buff, you’ll be utterly blown away.